okay, so didja get the brand new Some Odd Girl newsletter delivered to your inbox last night? wellllll, i had the pleasure of providing the article, which was all about stretching your scraps and making fabby creations despite not having much stuff with which to play. my focus? FLOWERS! they're such an EASY way to embellish, and with a couple of punches, or even just a sharpie and some scissors, you can make great cards on a budget.

Some Odd Girl just released a whole whack of fun SENTIMENTS (just a dollar each!), and i definitely need to build up my birthday card stash for the craft fair, so when i saw the fabby ABC Challenge this week - FLOWERS! - i knew exactly what i wanted to do! 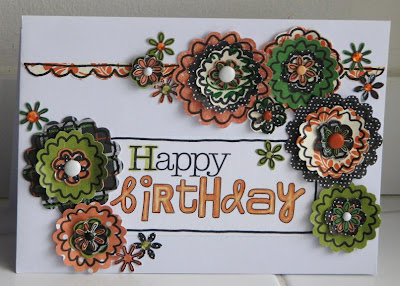 a close-up on the flowers: 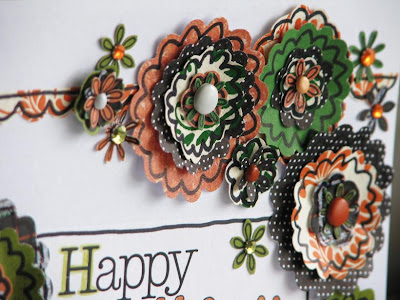 and here are the very basic supplies i used to make this card: 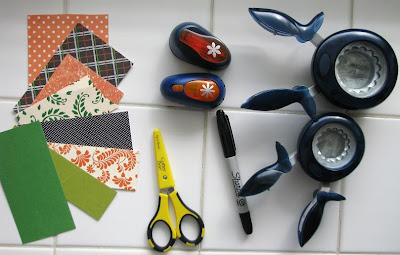 scissors, a black sharpie, four different punches - although i ended up drawing some of my own flowers too so i'd have more sizes - and a very small handful of coordinating scraps. for my scraps, i was super thrifty! one was a paint swatch from WalMart (they have AWESOME colours!), one was pinched from a notecard someone sent me, two came from packaging of kitchen stuffs, and the other four were from four different manufacturers. oh, and plain white cardstock and my trusty adhesives.

punched, cut, then doodled a TON of flowers and decided i needed a scallopy border: 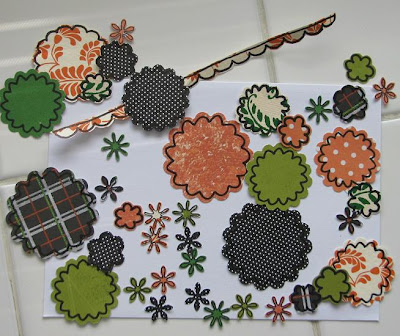 layered 'em all up 'til i loved them, printed and cut/coloured THIS SENTIMENT: 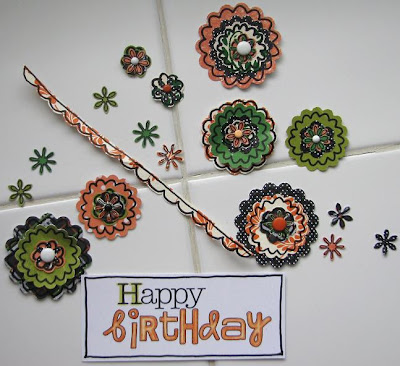 and assembled!
totally easy peasy, and looks like a pretty lush card if i do say so myself!
i have a tendency to bust out the punches when i have lots of little pieces, and since i buy coloured cardstock for my bases, i often end up with narrow strips left over, which are PERFECT for borders (punched or doodled - your choice)! a simple way to embellish, or to just load up the flowers as your focus for a card.

and that's all she wrote!
Posted by Leah l'Orange at 3:14 PM